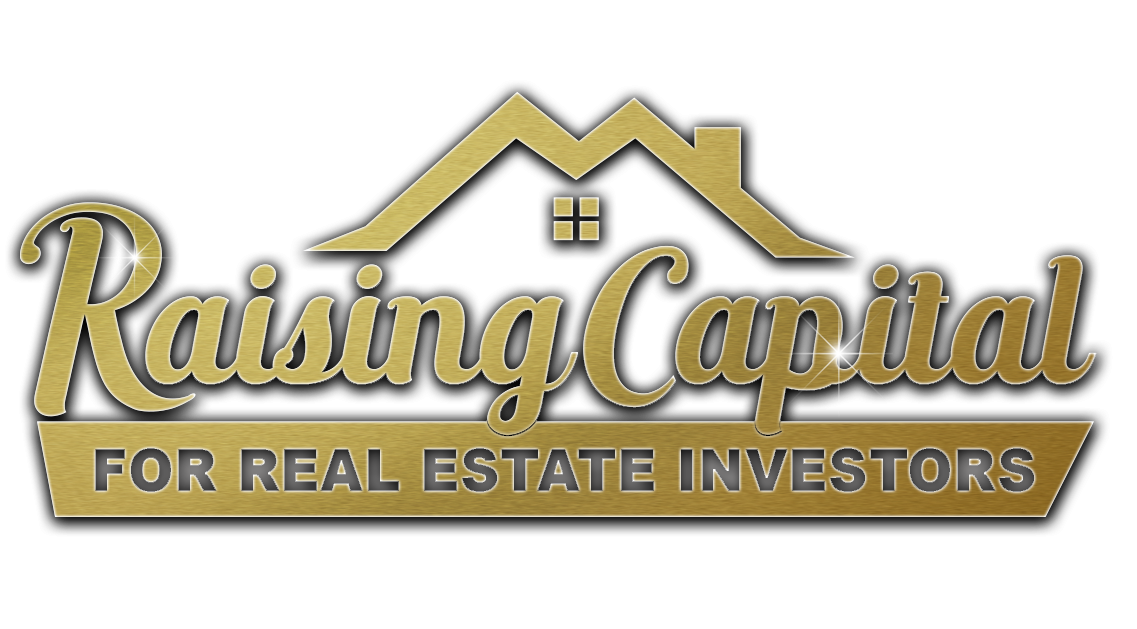 YES! I WANT IN TODAY!
Bottom line, "Raising Capital For Real Estate Investors 2.0" Will Teach You To Safely Raise Capital To Invest In Real Estate
What you get TODAY . . .
What You Get When You Select "Study with Dan"
Item
Price
$997
$67
$497
2 Monthly payments of $597
Email:
Name on Card:
Your order has been declined. Please double check your Credit Card Details or contact support for information.
Credit Card Number:
CVC Code:
Expiry Month:
Expiry Year:

ONE TIME OFFER $67: Want my actual presentation, slides, and framework that I give potential investors that reveals one of my emerging markets? Today I am currently doing 90% of my business in this area. Check the box above to add it to your cart and use this same strategy for each of your future presentations. ($997 Value)

By purchasing you agree to the terms and conditions. We do not offer refunds. 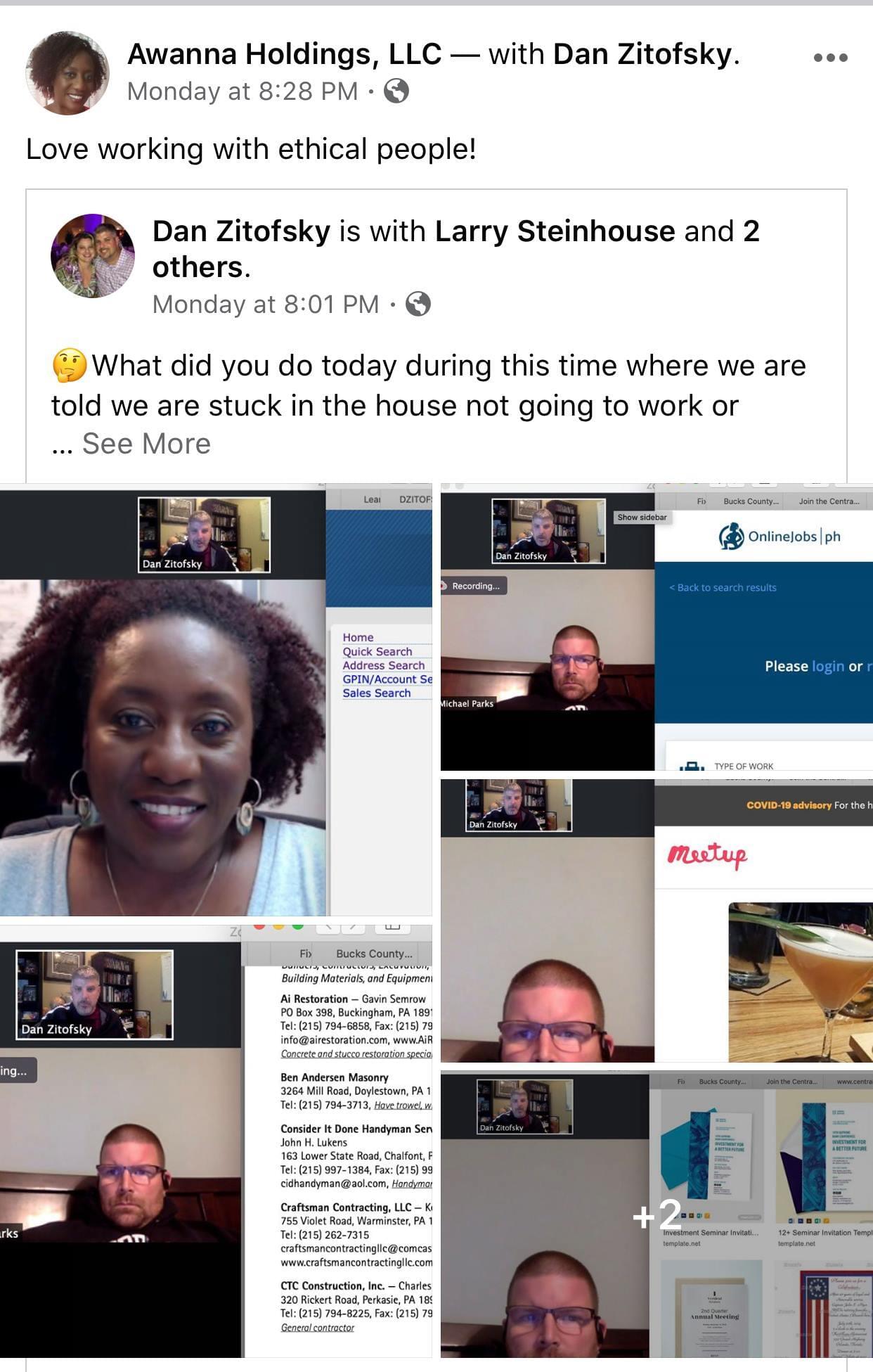 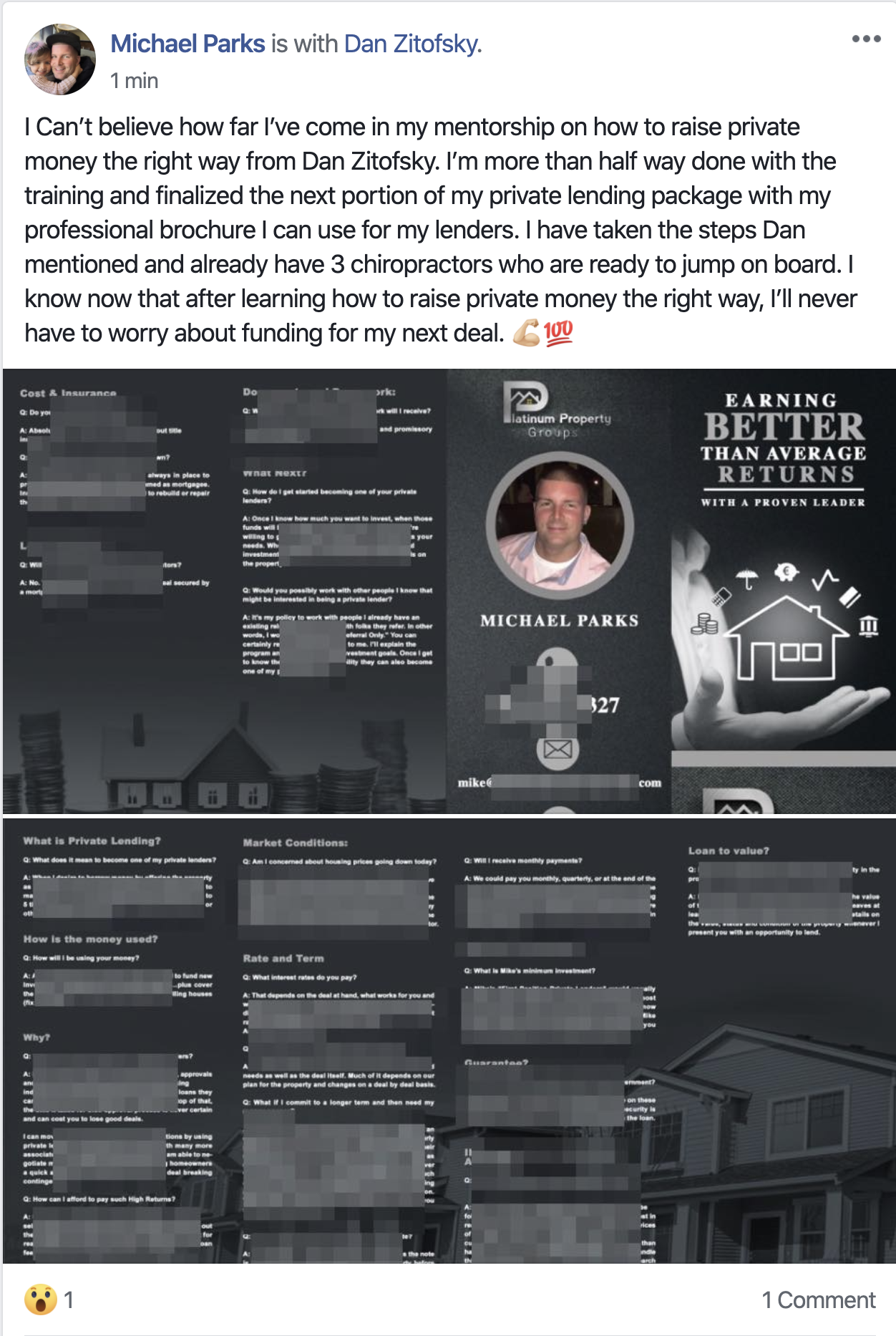 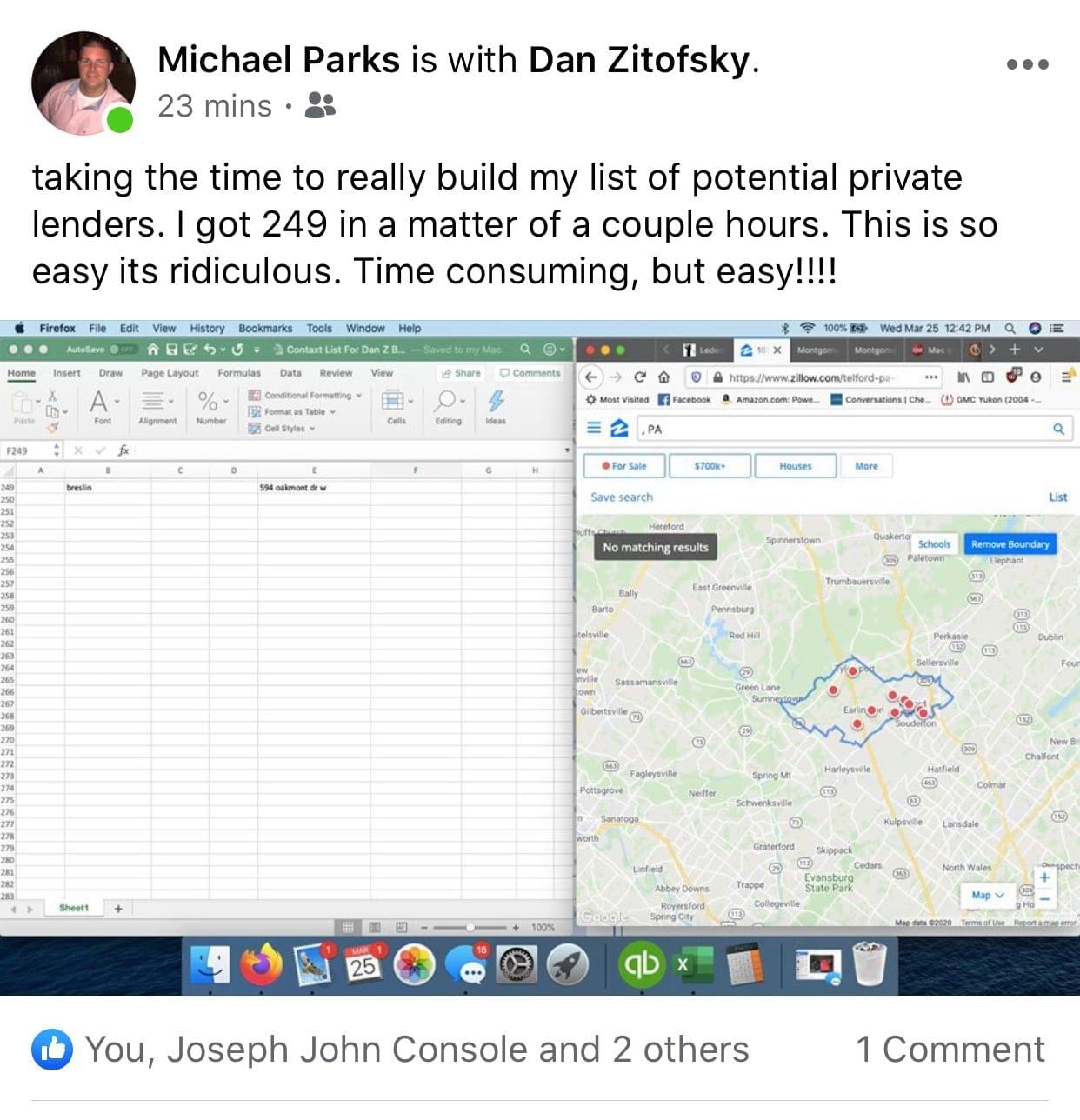 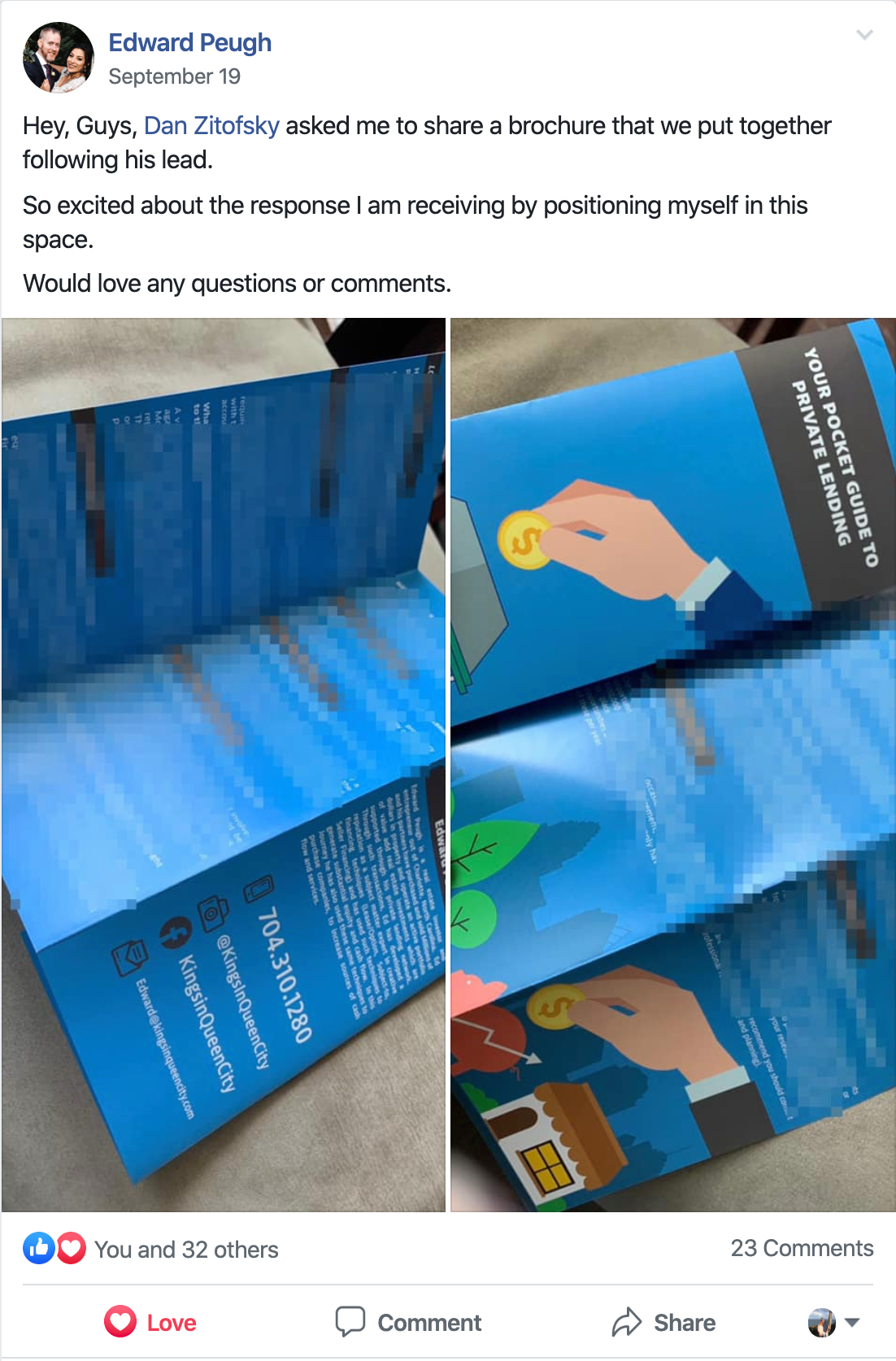 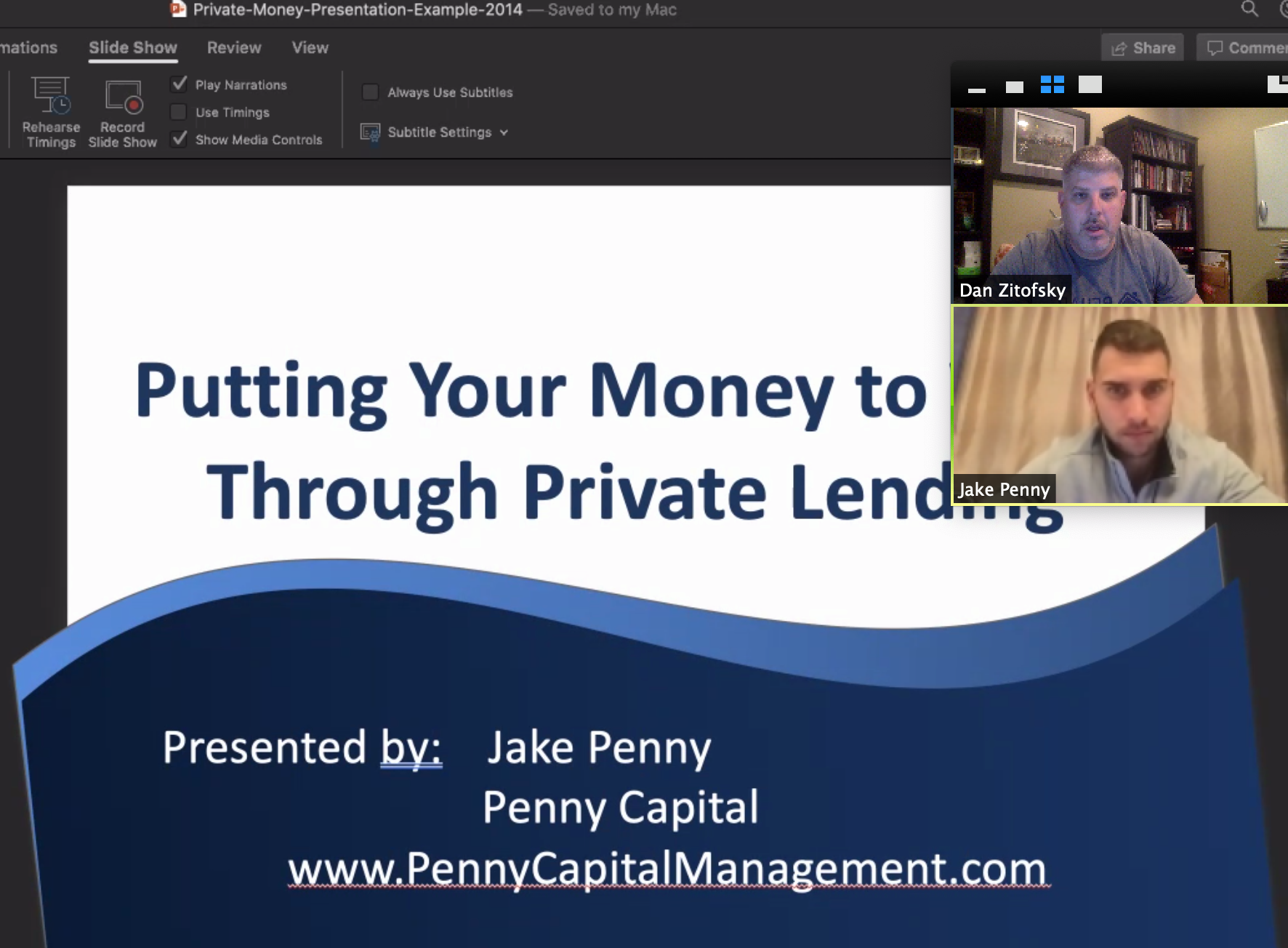 We have personally lent Dan Zitofsky money on a few deals after years and years of watching our money stay stagnant or go down. Dan has always under promised and over delivered. We were hesitant about lending our money on Dan’s projects or the projects he brokered for Investors he coached, but quickly learned that he will treat our money as he would his own.
Dan did tons of due diligence showing us how our money would be protected and never ever guaranteed anything to us. He was always honest and we appreciated that from Day 1.

Dan also never pushed us to invest but gave us the opportunity after we saw all his success and knew we wanted to be part of it. We have been involved in a few deals over the past couple years now and any time we have the opportunity and money available, we’ll always make sure we fund Dan or his group investments. He doesn’t promise crazy returns like some others out there but with his 20 plus years experience we’d rather have a somewhat safe return than be promised the moon and lose our money.

He protects our money more than you could ever imagine and is always available to answer any questions we have. He even went through speaking with our financial advisor and helped us complete all paperwork to roll our IRA over to a Self Directed IRA so we could invest in real estate deals with him. We were clueless that we could use our IRA for this type of investment and cant tell you how glad we are that Dan opened our eyes to this. Thank you so much for helping us build our portfolio to use now or in the future.

Dan Zitofsky – “A Man of Integrity”
First the personal side…..How I initially came to know Dan was through Social Media. I paid close attention to his interactions with others. He was always so humble and caring. It was immediately evident that his “relationships” were his priority – a much higher priority than money! As I have always invested in real estate, I wanted to take it another level. Being a skeptic by nature, I had the most difficult time “weeding” through the Guru’s whose focus was ONLY money. I finally reached out to Dan on Facebook and we became friends in March 2015. I noticed who Dan was friends with, how he interacted with them and most importantly, the way people responded. I would see immediately Dan was in a league all his own. I asked if maybe we could grab a coffee and we met for the first time at Panera’s Bread November 12th.

What I thought was going to be a quick, brief encounter, ended up being several hours of the most positive upbeat discussion regarding my goals and a path to meet those goals. Then the business side…Dan personifies the highest integrity in business transactions. Within minutes of a conversation with Dan, I recognized the utmost honesty and sincerity. Humility is a virtue and Dan is the most Humble, Successful entrepreneur I have ever met. The traits Dan exhibits regarding business ethics are no doubt engrained from within. Dan is totally empathetic towards ones feelings as his concern is always to help his investors. Dan is truly an inspiration! We did our first deal together December 2015. The purchases were a 2 bed / 1 bath duplex and a 3 bed / 1 bath SFH. Both are turnkey rentals.

Everything we talked about came to fruition – exactly as Dan explained. Now the Friendship….. I am most honored and grateful to consider Dan a Friend, Business Partner and Mentor. I feel we have built a true business “Relationship.” Dan and his wife treated my wife and I to a night out for dinner. Needless to say, it was a most pleasant and enjoyable experience. They are both fantastic, family oriented people! I look forward to a continued “Friendship” with Dan as this will strengthen our “True Business Relationship.” In this extremely litigious society we live in, I am confident to say I would do business with Dan – with a simple “Handshake.” This is the trust I have in Dan!A special place in Heaven awaits you my friend!

I had finally decided to purchase my first investment property. I had been working with a Delaware real estate agent for several months hoping to find the right deal. After searching for a deal for several months I had decided to act as a lender on a property that my real estate agent wanted to purchase as an investment property of his own.
The agent structured the deal so that the house would sell within 30 days to his client, and I would see a sizeable return on my investment. In the meantime the agent allowed his client to move into the home. As it turned out the house did not sell within the 30 day period because his client was unable to secure financing. In meantime the agent had also allowed the tenant to spend over $25,000 of her own money in upgrades and repairs to the home prior to even taking ownership of the home.

I later learned that the house was facing foreclosure at the hands of the first position lien holder that the real estate agent used to help him secure the deal, due to non-payment. At this point the tenant was at risk of losing the home, and I was at risk of losing my investment of $13,000. The real estate agent showed no sense of urgency with respect to what was happening. I refused to just sit around and let this happen, and at this point I knew that I had to do something. After making several attempts at trying to secure financing on my own accord, I had simply run out of options. I turned to the attorney who had done the settlement to see if he could help in any way.He provided me with a name and telephone number of Dan Zitofsky.

For those who have watched the the television show, ” Do You Want To Be A Millionaire”, Daniel Zitofsky was the lifeline that we desperately needed. Within no time Mr. Zitofsky was able to provide financing and help us avoid foreclosure. Not only did Mr. Zitofsky provide financing to secure the deal and avoid foreclosure, he saved the client from losing over $25,000 that she had spent in making improvements to a home that she did not own, and he saved me from losing my initial investment of $13,000. Lastly, Daniel Zitofsky afforded me the opportunity to truly own my first investment property, and for this I am forever grateful to you, Mr. Dan Zitofsky.

All orders are through Stripe, a very secure network. Your credit card information is never stored in any way. We respect your privacy.